Talk to an Astrologer 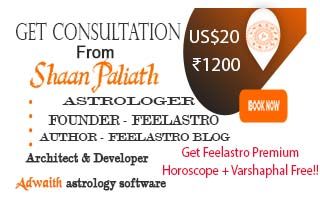 Planetary Combinations for choosing a career

The Moon Sign is the Zodiac sign where Moon is posited during your birth. This Sign or Rashi is also known as Janma Rashi or Birth Rashi. In Vedic astrology, this sign is also known as Chandra Lagna and is considered the second most important sign next to Lagna or Ascendant. Since Moon represents your mind, this sign says many things about your personality and character. Your thought process defines your future and destiny, so this sign plays a crucial role in your birth chart.

The Lagna or Ascendant is the rising sign during your birth. Lagna can be considered as 'YOU' in this world. Lagna is also acting as a planet effectively. The lord of this sign is known as Lagna Lord or Lagnesh or Ascendant lord. The most influential planet in your birth chart is also the ascendant lord. This planet will be a natural yoga karaka and a beneficial planet for you. Lagna shows your personality and visible character. It also denotes your vitality and general well-being. This sign is the 1st house among 12 houses in the birth chart. Houses are counted clockwise from Lagna in a South Indian Chart and anti-clockwise direction in a North Indian Chart. - Read More about Lagna and how it is calculated and the difference between Rashi and Lagna - Click Here

Planets in Vedic Astrology are known as Navagraha, or nine planets. Sun, Moon, Mars, Mercury, Jupiter, Venus and Saturn are the Saptha Grahas or actual planets. Rahu and Ketu are Chaya grahas or Shadow planets or, in other words, mathematical points. Planets represent our lives and activities in this world, or otherwise, it defines us, the Humans. Our actions, interactions, Karma etc., are connected with these planets, their conjunctions, aspects, positions etc.

Nakshatras, or Stars in Vedic astrology, act as a fixed reference point for tracking and calculating the movements of planets. There are 27 (28 including Abhijit Nakshatra) Nakshatras in the Zodiac, and it is equally divided and spread across the 12 Zodiac signs. Each Zodiac sign is capable of containing 2 and 1/4 of Nakshatras. Nakshatras are capable of influencing the characters of a planet which is passing by them. Nakshatra, where Moon is stationed during birth, becomes a person's Birth Star or Janma Nakshatra.

A Rashi chart or D1 chart is the primary birth chart in Vedic astrology. Rashi chart shows the planet's position and placements in a Rashi sign during your birth. Rashi chart is analysed from a reference point known as Lagna or Ascendant, which becomes the 1st house in a Rashi chart.

Navamsa or D9 chart is a divisional or Varga chart prepared from a Rashi Chart. Out of many varga charts, the Navamsa chart carries much significance due to its calculation methods. A planet's strength and dignity in the Rashi chart are primarily confirmed through Navamsa. Apart from this, Navamsa is also utilized to check matters related to marriage and couples. Navamsa chart is also known as the Nakshatra chart and Dharmamsa.

A Bhava Chart or chalit chart is a vital addition to Vedic astrology, which helps an astrologer refine the exact position of a planet concerning houses in the birth chart. This chart is prepared by making the Lagna the midpoint of the first house and then calculating the rest of the houses. An astrologer needs to consider any shift of houses created by a planet in a bhava chart while analysing a horoscope.

Shub/Paap Graha in Vedic astrology referred to the malefic and benefic nature of the planet. Sun, Saturn, Mars, Rahu and Ketu are considered natural malefic planets. Jupiter and Venus are Natural Benefics. Moon will be regarded as a natural benefic if birth thithi is between Shukla paksha shashti and Krishna paksha shashti. Mercury will be considered malefic if, in conjunction with other malefic planets. Why evil exists ? Why can't God destroy the hell ? Does it Really Work?

Remedies have been practised since ancient times. The classical books on astrology like BPHS, Phaladipika etc., have mentioned remedies. However, let's try to achieve the proper perspective about this much accepted and much-debated topic in astrology...

When all the planets are hemmed in between Rahu and Ketu, then this inauspicious Yoga is formed. When a person is having such a combination in their chart are said to have accumulated some bad karma in their past life which they have to identify and correct in the present life. Something like a snake shedding its old skin and growing a new one.

This Article will be updated soon!